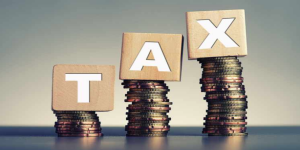 The United Arab Emirates’ position in the annual Paying Taxes rankings compiled by the World Bank and PwC will not be impacted by the introduction of new forms of taxation if they are implemented smoothly, according to an expert .

Speaking at the launch of the 2018 World Bank Group / PwC Paying Taxes report, which took place in Dubai on Tuesday, PwC indirect tax partner, Nadine Bassil, said: “Our expectation, even after implementation what we have seen in the excise tax and next year by January 2018 the VAT, in the report that the World Bank and PwC do next year, we don’t expect… any major changes in the ranking,” she said.

Bassil argued that the UAE’s Federal Tax Authority is looking to follow best practice in terms of compliance by facilitating electronic filing and payments.

“They are looking for electronic filing, electronic payment, which is going to reduce the time of compliance, the cost of compliance and make it easy for business and for the tax authorities,” said Bassil.

However, Joanna Nasr, private sector development specialist at the World Bank, told the event that currently “we cannot know what will be the impact on the data”.

“We have to see how the system is implemented in practice. It’s something to have the law, it’s different to implement in practice.”

The World Bank / PWC Paying Taxes report measures the effect of taxes globally on a hypothetical company by calculating four measures – the total tax and contribution rate (TTCR), the time it takes to comply with tax laws, the number of payments that have to be made and a post-filing index based on the ease of handling tax refunds and audits.

A country’s tax regime also represents one element of the World Bank’s annual Ease of Doing Business global rankings. In the 2018 report, which was published at the end of last month, the UAE climbed five places in the global rankings to 21st place.

Gulf Cooperation Council (GCC) countries tend to score positively on Paying Taxes rankings, because so far no country has a value-added tax (although all six members signed an agreement last year to introduce one in 2018), while taxes on income are limited and in Saudi Arabia there is a profit contribution charge on companies.

The UAE’s TTCR, which is the percentage of a company’s total profit used to cover all taxation obligations, is 15.9 percent. This is largely made up of social security contributions on behalf of Emirati employees, plus other taxes on properties and vehicles.

In general, though, the Middle East and North Africa (MENA) region achieved better scores than global averages in the 2018 World Bank / PwC report due to the lighter tax regimes in many nations.

The average TTCR rate for the hypothetical company in the MENA region is just 24 percent, compared with a global average of 40.5 percent, and the amount of time it takes a company to comply with tax rules is 154 hours, compared with 240 hours globally. The average number of tax payments for a company in the region is 17.2, while the global average is 24.

Andrew Packman, a PwC partner specialising in tax transparency and total tax contribution, said the introduction of VAT in the region is likely to lead to an increase in the amount of time taken to comply with tax rules – at least in the short-term.

“It’s a big administrative step, particularly if you don’t have a long tradition of a separate tax administration,” said Packman. “There’s bound to be some challenges along the way, but I’m sure that after six months or a year it will seem like it’s always been there and people will get used to it.”

Karl-Heinz Haydl, a VAT technical and policy expert for PwC, said that it was important for VAT to be ‘neutral’ for businesses – i.e. tax is charged to consumers, but businesses can reclaim it on their own costs, where applicable.

“In countries where there is a problem with VAT refunds, that also impacts investment,” Haydl said.

Responding to an audience query about the difficulty of preparing for VAT, with its introduction in the UAE now just weeks away but the implementing regulations containing many of the details yet to be published, Bassil said that the country’s new Federal Tax Authority had organised lots of VAT awareness sessions and had been sharing information via its website.

“To be honest with you, we know what sectors are going to be treated how, there has been lots of information in the public domain that you can leverage from, and there’s also the best practice and the guidelines in other jurisdictions that you can adopt when you are customising your systems.

“Of course, you need to take some working assumptions. There’s also ways of communicating with the FTA and I think they are very good [at that],” she continued.

She also said that there is bound to be some fine-tuning after VAT is introduced.

“No new tax system remains the same,” she said. “The first two-to-three years is constant change – especially in VAT where it is a transaction-based tax.” <readmore>

For Zawya’s special coverage on the introduction of VAT, click here.