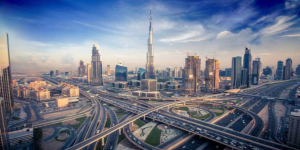 The introduction of value-added-tax (VAT) in the United Arab Emirates (UAE) on commercial real estate next year is not expected to significantly impact businesses in the emirate of Dubai, but will likely drive companies to become more “effective” and “efficient”, an official from the Dubai Land Departmentsaid.

All six member states of the Gulf Cooperation Council (GCC) agreed in 2016 to introduce a new five percent rate of VAT on an array of goods and services as a way of diversifying their economies away from a reliance on hydrocarbons.

The UAE Ministry of Finance said on its website that supplies, including sales or leases, of commercial properties will be taxable at the standard five percent VAT rate.

Businesses in the emirate have been concerned about bearing the effect of the tax amidst a tough macroeconomic climate of low oil prices, slower economic growth across the GCC and tight liquidity from banks.

September data from Emirates NBD’s Dubai Economy Tracker Index showed that the rate of growth marginally softened since August. The seasonally adjusted indicator – designed to give an accurate overview of operating conditions in the non-oil private sector economy – was at 55.2 in September, down from 56.3 in August.

“Since we are competitive and we have a lot of businesses and multi-national companies in the country, this [VAT] percentage that has been added to the commercial [real estate sector] is not going to be of very remarkable impact,” Mahmoud Hesham El Burai, CEO, Dubai Real Estate Institute Development, Dubai Land Department, told Thomson Reuters Projects in an interview earlier this month.

“What we expect is that the very high return on properties will always be competitive and attractive,” he said.

El Burai added that the revenues generated by VAT will help further enhance infrastructure for businesses in Dubai.

“But what we expect and what we should do as a government is that we need to support the commercial sector more and more as we go ahead… with infrastructure to boost their business, boost demand,” he said.

“I mean if the government tax is a way of funding and the government will be able to serve businesses more and to get them very attracted… I mean Dubai is one of the easiest places to do business, and this will always be an attractive point.”

Obaid Humaid Al Tayer, Minister of State for Financial Affairs, said last year that VAT is estimated to generate 12 billion UAE dirhams ($3.3 billion) in government revenues in the first year – the equivalent of 0.9 percent of the country’s gross domestic product, which stood at $371 billion in 2015, according to official data.

However, El Burai believes that in the long term, Dubai’s vision and initiatives to transform into a smart city will eventually change commercial space requirements.

“Maybe even the sizes of commercial… now when we’re talking about Internet of Things (IoT) and the information technology revolution… so I don’t think in the future we will need big offices and I think people have to be more efficient,” he explained.

“Tax will teach us how to be effective and how to be efficient – and this is also part of the (economic) stability,” he added.

“What we’re looking for is that the Dubai economy can expand more. So overall this (VAT) is not an issue – it will just as businesses make us smarter and make smart decisions.”

Raed Safadi, chief economic advisor to Dubai Economy, told delegates at the Dubai Investment Forum last week that that the decision to introduce a federal tax gave the country the ability to ensure continuity of investment, irrespective of crude prices.

He also said that despite the five percent rate of VAT being imposed on many goods and services, the overall impact on inflation will likely be “less than half of a percentage point”, because businesses would absorb much of the increased costs directly. <readmore>